Behind The Book with Gaia Vince

“Gaia Vince’s new book should be read not just by every politician, but by every person on the planet.” ―The Guardian

As climate change dominates the headlines, science journalist Gaia Vince is at the forefront of one aspect of this crisis that most don't know is already underway: climate migration. In NOMAD CENTURY: How Climate Migration Will Reshape Our World (Flatiron Books, 2022) Vince breaks down the effects global warming will have on emigration, which will force billions from their homes as countries become increasingly uninhabitable. You will be among them, or you will be receiving them," Vince writes with sobering clarity, arguing that it will be climate migration, not climate mitigation, that will come to define the 21st century.

Professor Schneider states, "The annual losses from weather and climate disasters have increased five-fold in the past 30 years. Losses of property and life are expected to continue to rise because of climate change. Climate change will be a large-scale disruptor, especially in vulnerable regions with fewer means to adapt. Migrations will be inevitable. We discuss the history of migrations and global consequences in the decades to come."

Please join Tapio Schneider, Caltech Theodore Y. Wu Professor of Environmental Science and Engineering, in a pre-recorded conversation with Gaia Vince as they discuss her book NOMAD CENTURY. The pre-recorded conversation will be followed by a live discussion and Q&A of Caltech's involvement in climate science now and in the future, with Prof. Schneider and his Caltech colleagues and students.

You can purchase Gaia Vince's Nomad Century from Vromans Books by clicking here! 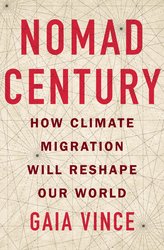 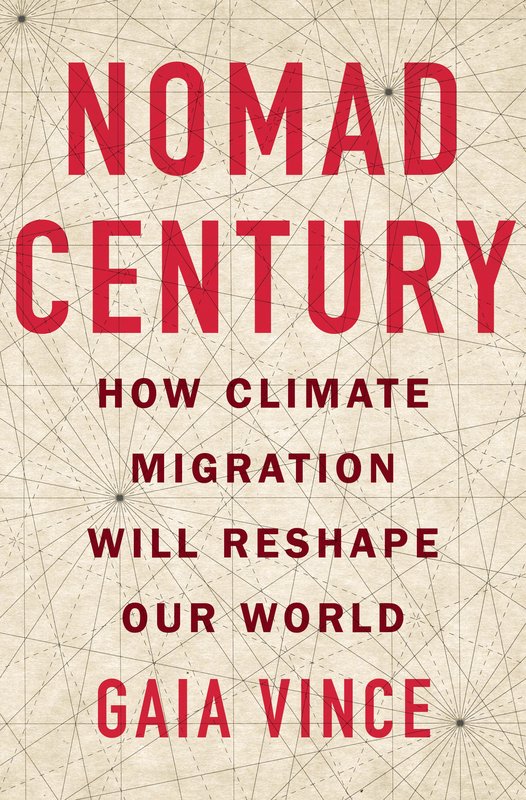 Gaia Vince is an award-winning science journalist (The Guardian, BBC, New Scientist), author, broadcaster and speaker. She is also the author of Transcendence and Adventures in the Anthropocene.

Tapio Schneider is the Theodore Y. Wu Professor of Environmental Science and Engineering at Caltech and a Senior Research Scientist at NASA's Jet Propulsion Laboratory. His work has elucidated how rainfall extremes change with climate, how changes in cloud cover can destabilize the climate system, and how winds and weather on planetary bodies such as Jupiter and Titan come about. He is currently leading the Climate Modeling Alliance (clima.caltech.edu), whose mission is to build the first Earth system model that automatically learns from diverse data sources to produce accurate climate predictions. He was elected a Fellow of the American Geophysical Union, named one of the "20 Best Brains Under 40" by Discover Magazine, was a David and Lucile Packard Fellow and Alfred P. Sloan Research Fellow, and is recipient of the James R. Holton Award of the American Geophysical Union and of the Rosenstiel Award of the University of Miami.

"Once again, Gaia Vince demonstrates that she is one of the finest science writers at work today."
―Bill Bryson, author of The Body

"Nomad Century is the most important book I imagine I'll ever read. Gaia Vince calmly—without drum-banging or hand-wringing—sets forth likely consequences and end-of-century projections for our rapidly changing planet. It'll knock you flat. But before you hit the ground, she hands over an impressively detailed survival plan: supporting radical migration from newly uninhabitable regions, rethinking urban structures and food practices, and restoring climate."
—Mary Roach, author of Fuzz