Behind the Book: Blake Hill-Saya

Watch the recorded event below.

Dr. Aaron McDuffie Moore is a legend...Blake Hill-Saya has done us all a great service by capturing Dr. Moore's incredible story.

A primary figure in establishing the city as the capital of the African American middle class in the late 19th and early 20th centuries, Dr. Moore's story stands as a timely example of how science, creative entrepreneurship, and caring for the health, safety, and legacy of Black lives can impact a community for generations.

Monique Thomas from Caltech's Center for Inclusion and Diversity, guides the conversation. An audience Q&A follows. 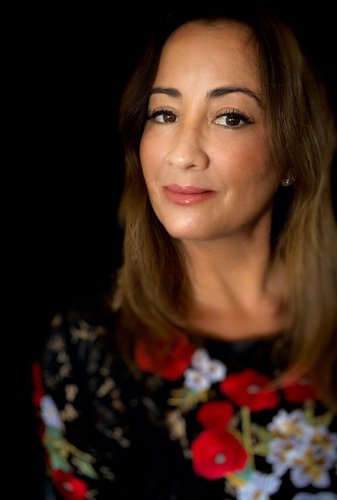 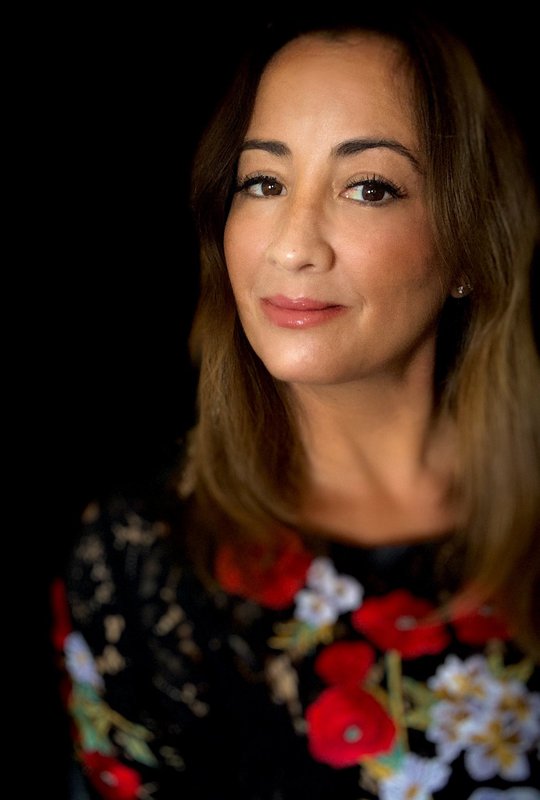 Blake Hill-Saya is a published author, writer, verbal-branding muse, and storytelling coach based in Los Angeles. The biracial daughter of two professors of English literature, Hill-Saya has always been surrounded by books and the craft of writing. Her parents made their living early on as typesetters, so her childhood memories are set against the constant ostinato of an IBM typewriter.

Hill-Saya's first career was in classical music as an international hard-traveling operatic soprano. On the stage and in the concert hall, she honed her research skills and ability to embody historical characters as well as her affinity for communication. When the COVID-19 shutdown caused all live music to stall, Hill-Saya leaned into her writing career full time, founding Tenacity Communications, a verbal-branding, storytelling, and executive copywriting service, which helps a wide range of nonprofit and for-profit companies craft a new language of leadership.

Her articles and blogs can be found in the Merrick Washington Magazine and in various online publications. She is developing several fiction and nonfiction manuscripts, all rooted in the Reconstruction era.

What was the most difficult part of writing this book?

The most difficult part of writing this book was believing I could. Overcoming my own fear of not being "enough" and of being a first time author was a process that took every single day of the seven years I spent writing this book. Honestly, though, that fear connected me to Dr. Moore even more profoundly because it made me admire his ability to do things no one believed he could do, over and over again until the day he died. It also brought home for me my immense privilege: I might be a first time author, but my nation, my government as well as society's ruling class have not viewed me, from the moment I was born, as subhuman and incapable of basic learning or moral character. He lived with that weight of institutionalized bigotry, and with that danger all around him, and still did what he did. My mantra throughout this process was, "He deserves a Book, there isn't a book, there will be a book, and I hope my book will inspire many other books on his extraordinary life." Then I would sit in gratitude for the safety I am afforded by my privilege in order to keep that promise to him, and to my family.

Did you find more material for a "sequel," whether something about your own family or the history of Black medical schools, etc.?

Oh my GOODNESS, the answer is YES! I have material already gathered for a prequel as well as for other projects that are centered in and around this world of Reconstruction era North Carolina. I promise you: there will be more to come, and in less than seven years this time! Thank you for keeping me inspired to continue!

What is the best way to determine what papers or materials we should be archiving today, especially considering the digital space?

THANK YOU for this important question. One of the reasons the saying 'History is written by the victors' is so very true is because those with less infrastructure have less resources and fewer spaces to preserve their records and artifacts. Black History, especially Black History that predates the 20th Century is extremely fragile and terribly important to preserve and protect. Mainstream History has for too long suppressed overlooked rendered inaccessible the stories and the narrative of Black Americans and Indigenous peoples. So my answer is SAVE EVERYTHING. Preserve and share the authentic stories and experience of BIPOC in every era and in every space. As far as what is important, I would say, to a researcher everything is important; but if you need to pick and choose save photos, handwritten correspondence, documents like deeds, birth, death and marriage certificates, heirlooms with artistic or historic significance, and get your grandparent and great grandparents to record their memories. Use those iphones to record their stories, ask them what it was like to live in their era and about events in history or places they traveled to. Our elders are to be treasured. Our stories make us real. Never discount the impact of that.

Can you recommend a history book on Reconstruction and its aftermath?

See the separate page showing some of my favorite titles around this subject. Thank you for your interest and I wish you good reading.

Did any of the "triumvirate" of which you spoke help establish North Carolina Central in Durham? Besides the insurance company, did they create other strong businesses?

The official founder of NCCU was James E. Shepard, a colleague and business associate of Dr. Moore and the "Triumvirate". As with all things in the upbuilding of Durham's Black Wall Street, Dr. Moore was certainly a consultant and a contributor, especially in light of his life long dedication to education. The Triumvirate founded many strong businesses in Durham a number of which still operate today: The NC Mutual Life Insurance CO., The Mechanics and Farmers Bank, The Durham Drug Company, Lincoln Hospital and School of Nursing, The Durham Colored Library, Inc., an Orchestra, a Shakespeare Society, a Hosiery Mill, and a Building and Loan. Surrounding these core businesses many others also were thriving such as the Fitzgerald Brick Yard and John Merrick's chain of Barber shops, numerous furniture makers, grocery stores, merchants and services. It was an exemplary enclave of Black excellence.

Where can we find this wonderful book?

Please start your search at your favorite local bookshop. You can find it online wherever books are sold, just search my name and there will be many places to choose from. I believe Vroman's Bookstore in Pasadena will be carrying it this spring. One sweet day when we can all be together again I hope you will bring your copy to Caltech's book signing event TBA. Thank you for asking and I hope you enjoy it!

How can we reach you if we would like to have you speak at an engagement?

I can be found on Facebook: Blake Hill-Saya, Instagram: @blake_hillsaya_author, Linkedin: Blake Hill-Saya Tenacity Communications, and on Twitter: @Hillsaya. Reach out to CaltechLive! for my more direct information. I hope we can work together on something great!

Praise for the Book

"Engaging, inspiring, and expertly written, this biography of Dr. Aaron McDuffie Moore provides an important window into the history of North Carolina and Durham in the late nineteenth and early twentieth centuries."—Robert R. Korstad, author of Civil Rights Unionism: Tobacco Workers and the Struggle for Democracy in the Mid-Twentieth Century South

"A beautifully written page turner that effortlessly weaves so much of this nation's story into the life of a remarkable and courageous individual. Carefully researched and painfully honest, its insights are a gift both to the general reader and serious historian."—David Barton Smith, Drexel University

"Dr. Aaron McDuffie Moore is a legend. Or he should be. If Dr. Moore had simply been the first black physician in Durham, North Carolina, that would have been a sufficient accolade to go down in history. However, he was much more. He was a cofounder of practically every substantial institution in Durham's African American community at the turn of the twentieth century and a key figure in the development of its famed Black Wall Street. Most of these institutions still exist today. Blake Hill-Saya has done us all a great service by capturing Dr. Moore's incredible story for future generations."—Henry C. McKoy Jr., Lead Entrepreneurship Faculty and Director of Entrepreneurship at North Carolina Central University School of Business 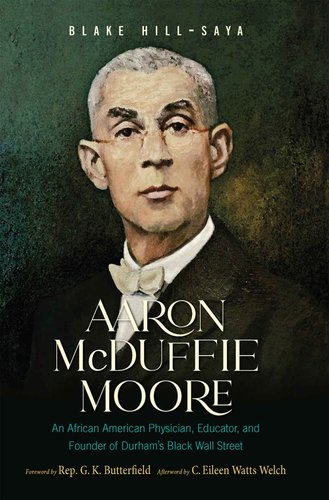 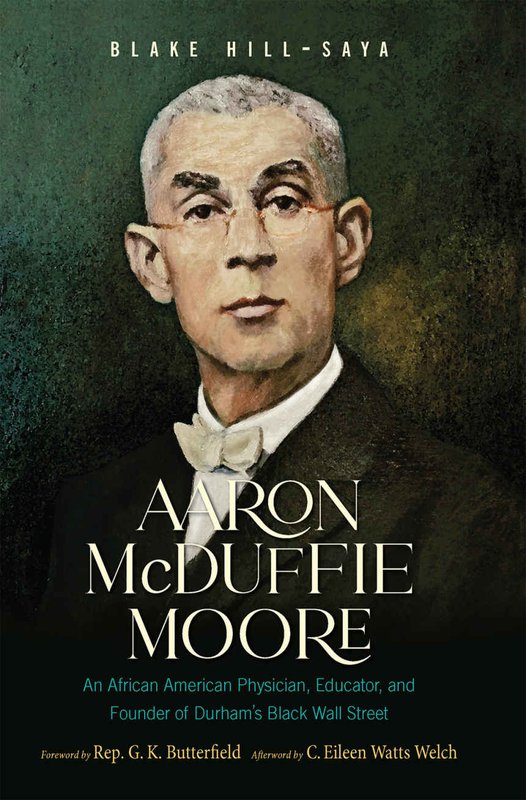 Aaron McDuffie Moore (1863–1923) was born in rural Columbus County in eastern North Carolina prior to the close of the Civil War. He became one-third of the mighty "triumvirate," alongside John Merrick and C. C. Spaulding, credited with establishing Durham as the capital of the African American middle class in the late 19th and early 20th centuries, and founding Durham's famed Black Wall Street.

His legacy can still be seen on the city streets and country backroads today, and an examination of his life provides key insights into the history of Durham, the state, and the nation during Reconstruction and the beginning of the Jim Crow era.

Defying the odds stacked against an African American of this era, as a young man he pursued an education, alternating between work on the family farm and attending school. Moore originally dreamed of becoming an educator and attended notable teacher-training schools in the state.

About Monique Thomas and CCID 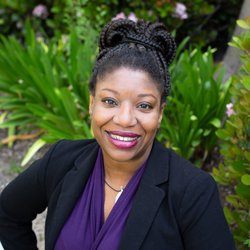 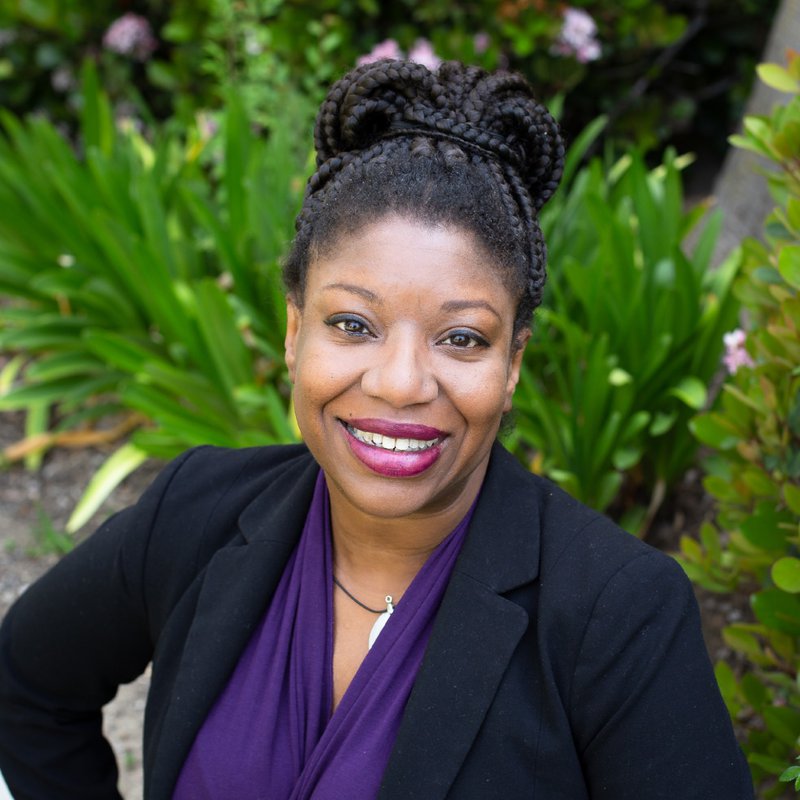 Monique Thomas is Program Coordinator at the Caltech Center for Inclusion and Diversity. She provides programming and support for the Freshman Summer Research Institute and to undergraduate students. Thomas works closely with a range of groups to develop and implement programming, outreach efforts, workshops, and campuswide engagement. She is club adviser to Black Ladies Association at Caltech, Black Scientists & Engineers of Caltech (BSEC)/National Society of Black Engineers (NSBE), Caltech Latino Association of Students in Engineering and Sciences (CLASES)/Society of Hispanic Professional Engineers (SHPE), and Club Latino. She also has a background in communications and performance studies.

The Caltech Center for Inclusion & Diversity (CCID) leads the Institute's efforts to create a culture of inclusion and equity for all. It accomplishes this work by serving as a central resource on campus for internal and external community members, providing programming and resources that foster a collaborative culture. The center is committed to providing education, advocacy, and allyship to create a community of equity and inclusive excellence.

Behind the Book is a new series from Caltech Public Programming. Join us in conversation with authors who explore the intersection of arts, science, and society through the lens of their family histories.

Upcoming authors in the series include:

The Behind the Book series is presented with assistance from our marketing partner Vroman's Bookstore, the oldest and largest independent bookstore in Southern California.
Share this