When Caltech's Cindy Weinstein was studying to become a professor of literature, her father was diagnosed with early-onset Alzheimer's disease at 58 years old. Finding the Right Words: A Story of Literature, Grief, and the Brain follows Weinstein's decades-long journey to come to terms with her father's dementia and death as both a daughter and academic. In collaboration with noted neurologist Bruce L. Miller, MD, she combines personal memoir, literature, and the science and history of brain health into a unique educational and meditative work. Go Behind the Book with Weinstein and Miller as they discuss Finding the Right Words. Caltech professor Catherine Jurca leads the conversation, which will be followed by an audience Q&A. 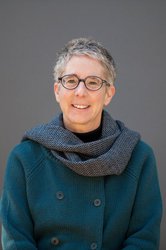 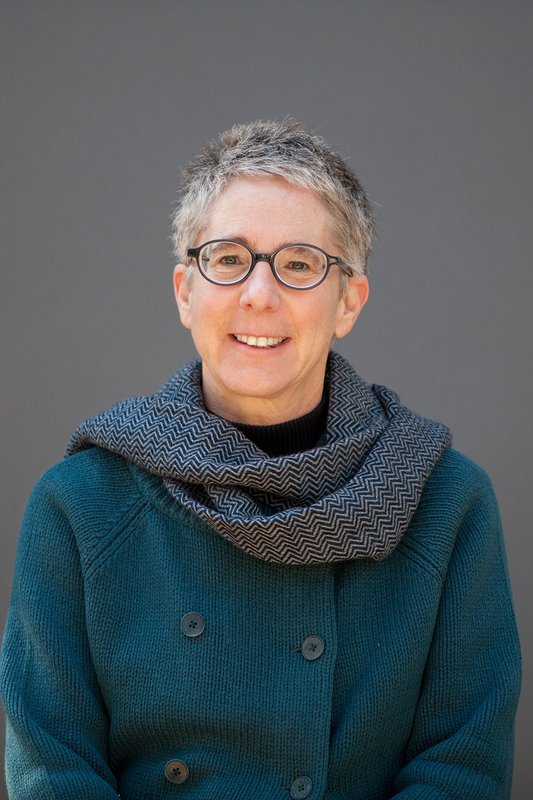 I am hoping that sharing my experience will resonate with readers, and that putting it in conversation with Bruce's scientific expertise will help people better understand dementia. I am hoping that readers will find in my story validation of their own.

Finding the Right Words: A Story of Literature, Grief, and the Brain will be released by Johns Hopkins University Press on September 7, 2021. 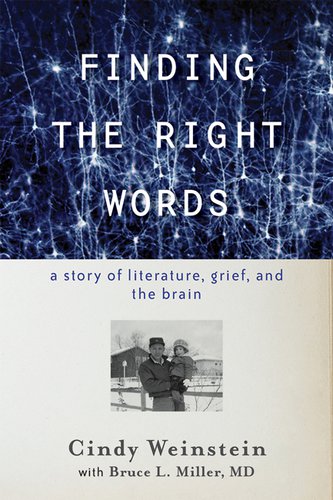 You may preorder the book from Vroman's Bookstore
and other online booksellers.
Image Lightbox 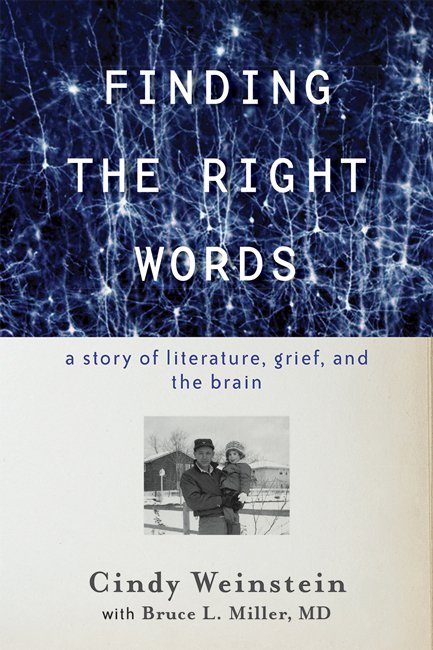 You may preorder the book from Vroman's Bookstore
and other online booksellers.
Download Full Image

When Cindy Weinstein was studying to become a professor of literature, her father was diagnosed with early onset Alzheimer's disease. He was fifty-eight years old. Her love of words was accompanied by his loss of words and much more. Twelve years later, at age seventy, he died having lost all of his memories—along with his ability to read, write, and speak.

Finding the Right Words (Johns Hopkins University Press, September 2021) follows her decades-long journey to come to terms with her father's dementia as both a daughter and an English professor. Although her lifelong love of language and literature gave her a way to talk about her grief, she realized that she also needed to learn more about the science of dementia to make sense of her father's death. To write her story, she collaborated with Dr. Bruce L. Miller, neurologist and director of the Memory and Aging Center at the University of California, San Francisco, combining personal memoir, literature, and the science and history of brain health into a unique, educational, and meditative work.

Finding the Right Words is an invaluable guide for families dealing with a life-changing diagnosis. Their book combines personal memoir, literature, and the science of brain health. In chapters of profound and sometimes humorous remembrance, Weinstein relies on literature to describe the shock of her father's diagnosis and his loss of language and identity. Writing in response to Weinstein's deeply personal narrative, Dr. Miller describes the neurological processes responsible for the symptoms displayed by her father. He also reflects upon his own personal and professional experiences. In a final chapter about memory, Weinstein is able to remember her father before the diagnosis, and Miller explains how the brain creates memories while sharing some of his own.

Their two perspectives give readers a fuller understanding of Alzheimer's than any one voice could.

In sponsorship with Caltech's Division of the Humanities and Social Sciences. 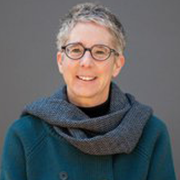 Prof. Cindy Weinstein is the Eli and Edythe Broad Professor of American Literature at the California Institute of Technology. In addition to writing Finding the Right Words: A Story of Literature, Grief, and the Brain (Johns Hopkins University Press, September 7, 2021) with Dr. Bruce Miller, she has written three monographs and edited four volumes on American literature. She teaches courses in women's fiction, Black literature, Herman Melville, and Edgar Allan Poe. She is currently Vice Provost and Chief Diversity Officer. 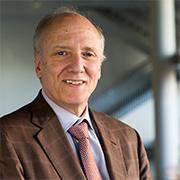 Dr. Bruce Miller holds the A.W. and Mary Margaret Clausen Distinguished Professorship in Neurology at UC San Francisco where he directs the Memory and Aging Center. As a behavioral neurologist whose work emphasizes brain-behavior relationships, he has reported on the emergence of artistic ability, personality, cognition, and emotion with the onset of neurodegenerative disease. He is the principal investigator of the NIH-sponsored Alzheimer's Disease Research Center and program project on frontotemporal dementia. Additionally, he helps lead the Tau Consortium, the Bluefield Project to Cure Frontotemporal Dementia, and the Global Brain Health Institute. He was awarded the Potamkin Award from the American Academy of Neurology and elected to the National Academy of Medicine.

Preorder with Vroman's Bookstore for a copy of Finding the Right Words signed by the authors. The book will be released September 7, 2021.

"This graceful literary/scientific tag-team work by Cindy and Bruce provides an in-depth look into the valuable role of memory in our lives and the evolving science behind one of the most important systems of the human experience. Enriching!"

"Astutely drawing from literary masterpieces, Weinstein finds reflecting gems that illuminate her father through the haze of time before the slow erasure of his memory has come to cloud her recollection of the man. By her side is the voice of a compassionate neurologist who expertly guides us through the science of memory. A totally absorbing read."

"A book that brings humanity and science together is rare, but Finding the Right Words achieves this seamlessly and elegantly. Biography, diagnosis, history of behavioral neurology, and a daughter's love converge to produce a deep understanding of how brain disease affects personhood. Read this book to understand how your brain creates your self."