$35 per household connection • Note that selecting the link above will take you to a ticketing site managed by San Diego REP.

The Los Angeles Times called the stage play, "a stellar success." After sold-out runs in theaters across the country, CaltechLive! is delighted to make the cinematic version available for on-demand viewing.

Prepare for an unforgettable three days with Pablo Picasso in this acclaimed one-man show. Actor, writer, and visual artist Herbert Sigüenza vividly embodies the father of modern art during this fictitious weekend, whose events and musings are drawn from Picasso's writings. Sigüenza incorporates his own talents as he draws, paints, and sculpts as the story unfolds.

Learn more about the play, the artist, and the production team below.

Eat Like Picasso: Get in the spirit of the film and prepare one of Picasso's favorite recipes, straight from the pages of Vogue.

"Even though many audiences have a long history with Sigüenza from his work with the satirical Latinx performance group Culture Clash, A Weekend with Pablo Picasso will be a revelation," says Michael Alexander, director of public programming at Caltech. "Sigüenza's fine acting and painting skills are on full display as he masterfully captures both Picasso's free-spirit character and painting style right before our eyes."

With amazing skill, Sigüenza draws and paints in real time during his performance as he takes the audience back to 1957 to spend three days with the genius inside his private studio on the southern coast of France for an unforgettable weekend. Sigüenza stitched together his masterful script from Picasso's own writings.

"Anyone expecting a politely informative docudrama from Herbert Sigüenza's one-man show A Weekend With Pablo Picasso is in for a shock—in the best possible way," wrote Los Angeles Times' theater critic Philip Brandes during its original run. "Sigüenza turns in an assured, charismatic and well-researched performance as the complicated Spanish expatriate who became the most influential artist of the 20th century.

"Sigüenza's secret weapon, however, is his talent as a painter in his own right. A lifelong admiration for Picasso led him to create the show, and his ability to paint credibly in his hero's style makes for a visual tour de force as the artworks come to life."

In 2010, Herbert Sigüenza wrote this original play and starred as Pablo Picasso. San Diego REP hosted a three-week workshop that quickly became a sensation, playing at sold-out houses across the nation. 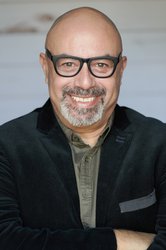 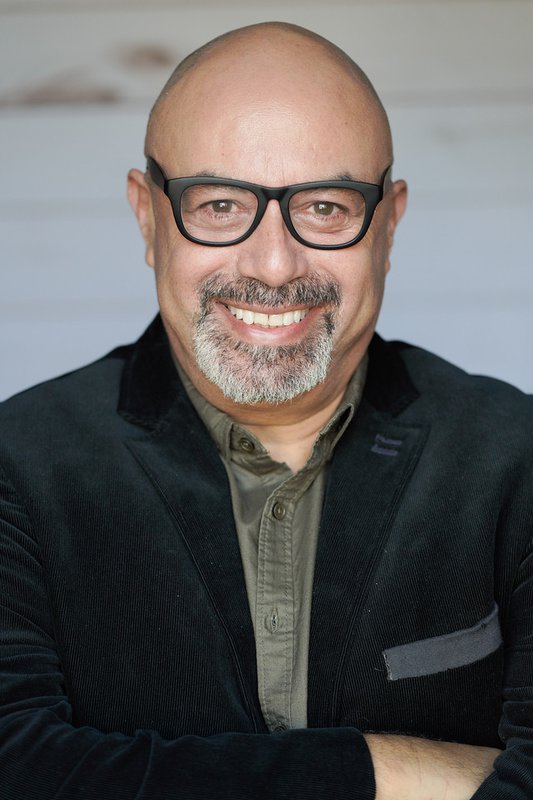 Herbert Sigüenza is best known for co-founding the theater performance group Culture Clash, which which has been active for 36 years since its start in 1984. He is currently the playwright-in-residence at San Diego REP and has continued to pursue many solo ventures in addition to his group work.

Sigüenza was born in San Francisco, California, in 1959. Of Salvadoran descent, he spent a portion of his life living in El Salvador with his family before returning to California as a teenager due to civil unrest taking place in the country at the time.

He was originally trained as an artist and print maker, attending California College of Arts and Crafts after returning from El Salvador. He served for 10 years as the art director at La Raza Silkscreen Center La Raza Graphics in San Francisco. From there, he moved into performing arts and became involved with Teatro Gusto, performing in places like the Mission Cultural Center for Latino Arts.

Sigüenza began his acting career in 1984 when he co-founded Culture Clash with Ric Salinas, Richard Montoya, José Antonio Burciaga, Marga Gómez, and Monica Palacios. Together, the group toured the country performing Chicano theater with social commentary through the use of satire. Siguenza, Salinas, and Montoya still perform together today.

In addition to A Weekend with Pablo Picasso, Sigüenza wrote and performed ¡Cantinflas! about the Mexican comic, co-commissioned by the Alley Theatre in Houston and Yerba Buena Center for the Arts in San Francisco.

Other work includes Steal Heaven and El Henry (winner Best New Play San Diego Critics Circle), an adaptation of Shakespeare's Henry IV presented at the La Jolla Playhouse in June 2014, and Manifest Destinitis, which premiered at the San Diego REP during its 2016–2017 season. In 2016, Sigüenza began a three-year playwright residency at the San Diego REP as a part of The Andrew W. Mellon Foundation's National Playwright Residency Program, administered by HowlRound.

Sigüenza served as a cultural consultant to Disney/Pixar's hit animated film Coco, ensuring an accurate depiction of the Mexican culture that it explores. He also voiced the great-great-granduncles, Tío Felipe and Tío Oscar.

He is currently working on writing Birthday, a dark musical centered around deceased people coming back to life for 24 hours on their birthdays. This show is a departure from his previous work in its macabre content matter.

A Weekend with Pablo Picasso

Written and performed by Herbert Sigüenza

The filmed production is directed by Tim Powell and Todd Salovey, with Sam Woodhouse as producer.

A Weekend with Pablo Picasso was filmed during the COVID-19 pandemic. In doing so, San Diego REP followed strict public health guidelines and protocol related to filmmaking during the COVID-19 pandemic. This protocol included wearing masks, social distancing, multiple testing of all participants, repeated sanitation of all materials, and more. For the production, Cindy Tran, RN, served as the health safety supervisor and Sarah Zimmerman as the health safety manager